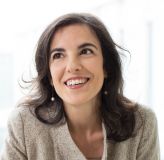 Eliana La Ferrara is the Fondazione Romeo ed Enrica Invernizzi Chair in Development Economics at Università Bocconi.  She holds a Ph.D. in Economics from Harvard University (1999) and a M.Sc. in Economics and Social Sciences from Università Bocconi (1993). Her research covers topics related to development and political economics, and has been published in leading academic journals such as the Quarterly Journal of Economics, the American Economic Review, the American Economic Journal: Applied Economics and the Journal of the European Economic Association. She is the recipient of various research grants from the European Research Council (ERC) and the European Commission.