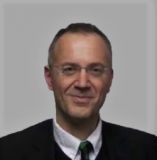 GIANMARCO I.P. OTTAVIANO is Professor of Economics and holds the ‘Achille and Giulia Boroli’ Chair in European Studies at Bocconi University, having previously taught at the London School of Economics and the University of Bologna.

He is co-Director of the Research Unit on Globalization and Industry Dynamics of the Bocconi Centre for Applied Research on International Markets, Banking, Finance and Regulation (Baffi-CAREFIN), having previously directed the Trade Programme of the Centre of Economic Performance (CEP) in London.

He is the co-author of many works in international trade, urban economics and economic geography. His recent publications focus on the competitiveness of firms in the global economy as well as the economic effects of immigration and offshoring on employment and wages.

He is the Principal Investigator of the Advanced Grant "From micro to macro: aggregate implications of firm-level heterogeneity in international trade (MIMAT)" awarded by the European Research Council (ERC) under the European Union's Horizon 2020 research and innovation programme (grant agreement n. 789049-MIMAT-ERC-2017-ADG).

“Rethinking the effect of immigration on wages” (with G. Peri), Journal of the European Economic Association 2012.

“The economic value of cultural diversity: evidence from US cities” (with G. Peri), Journal of Economic geography 2006.